Viterbo Places of artistic and landscape interest near Sutri 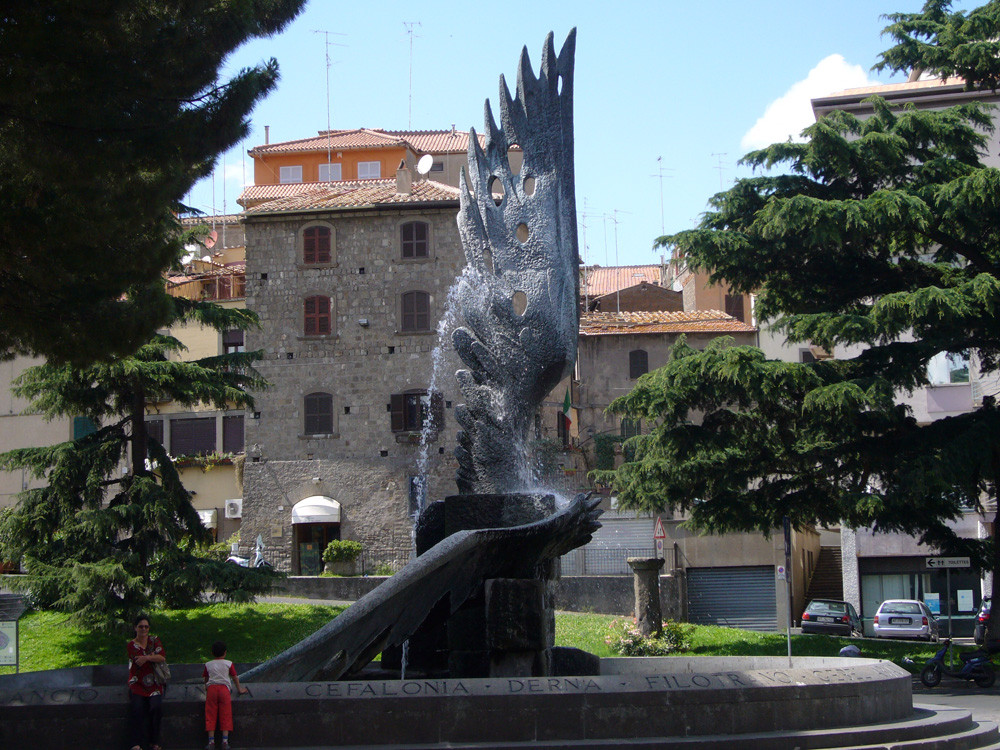 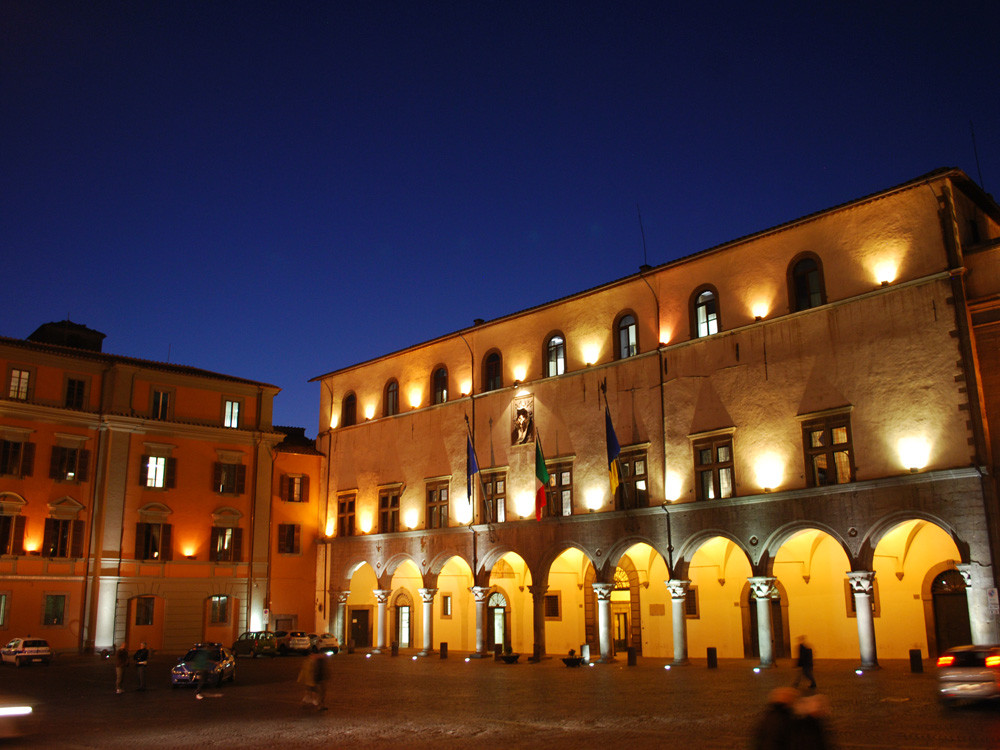 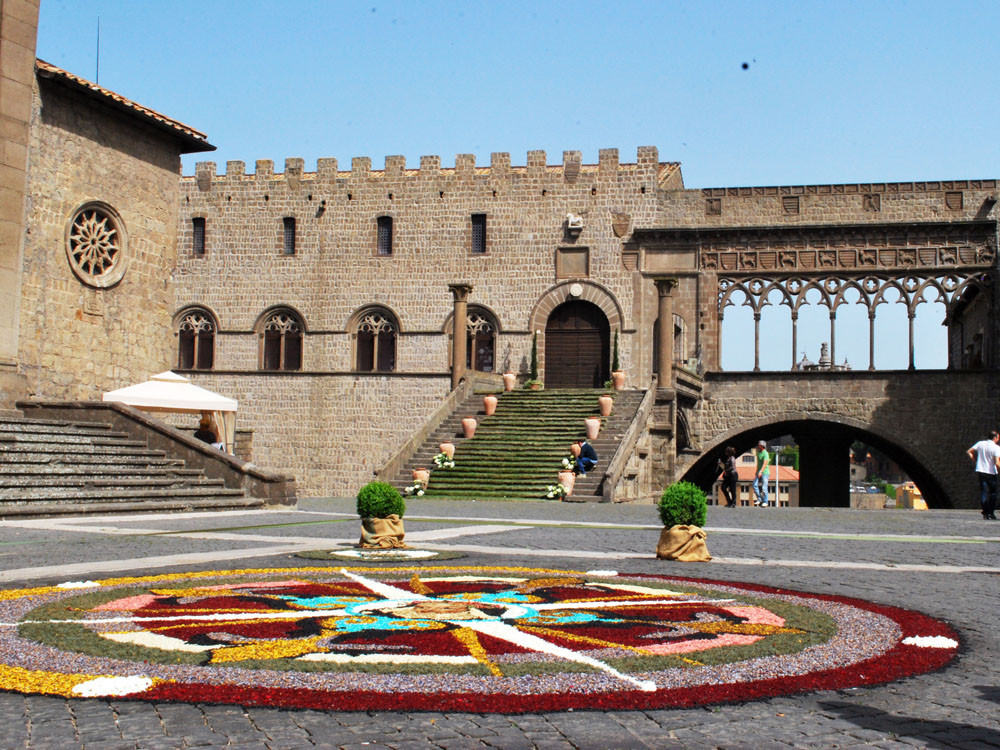 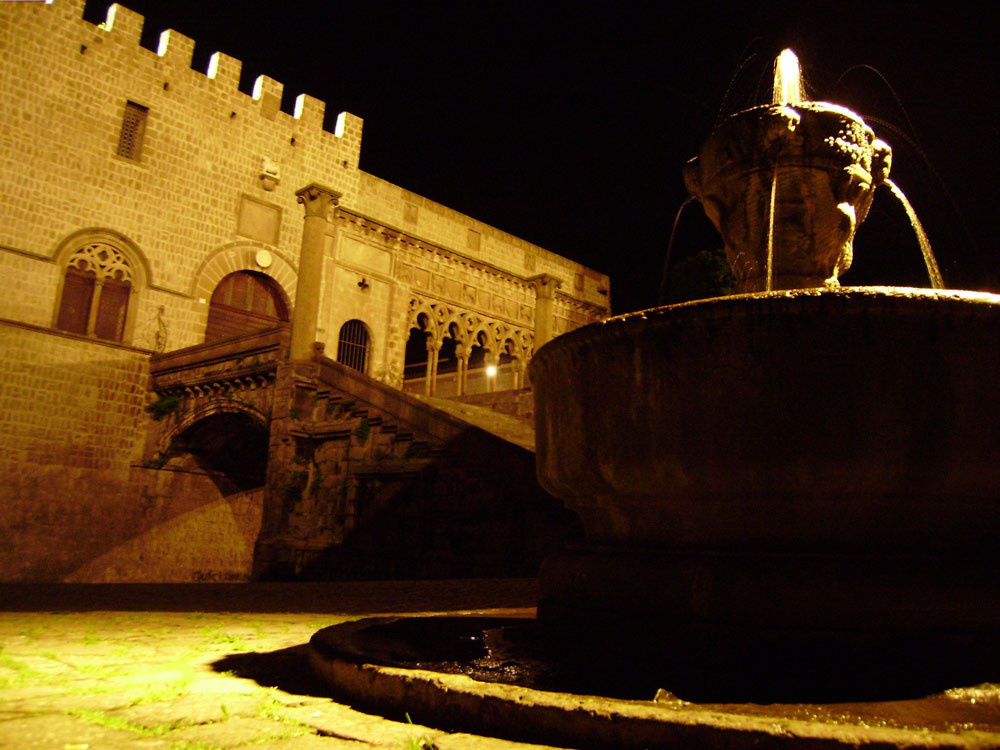 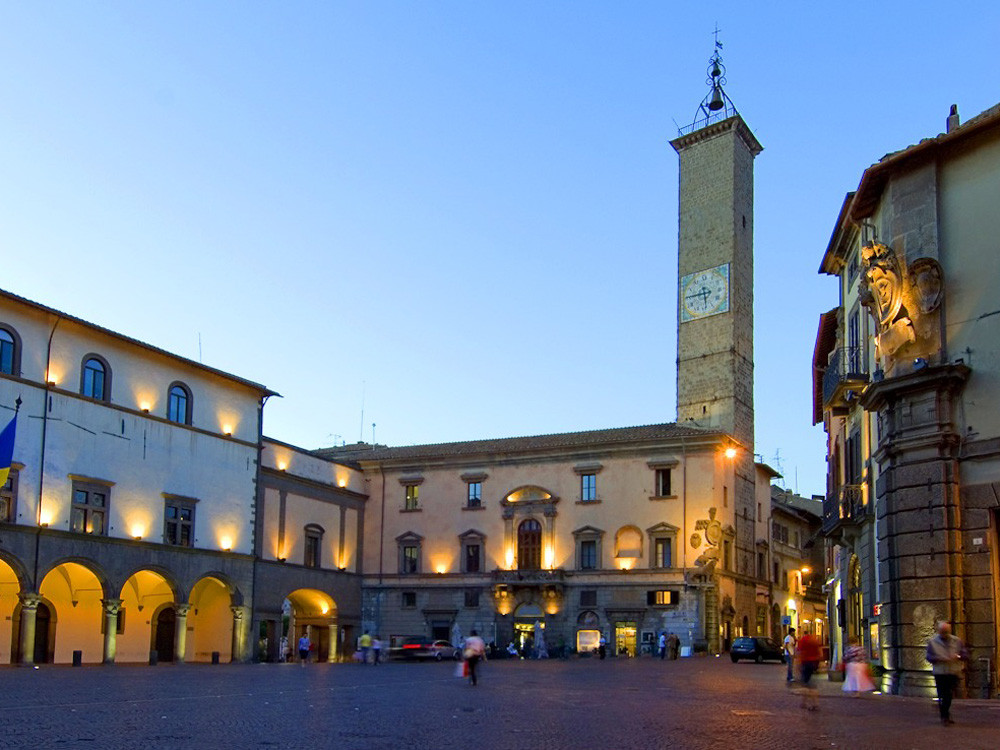 The city is famous for the transportation of the Santa Rosa machine, traditional and spectacular event that takes place every year on the evening of 3 September, in honor of the patron saint: an illuminated structure, 30 meters high and weighing 52 tons, is brought on the shoulders of a hundred men, the Facchini di Santa Rosa, abbuiate through the streets of the city. In 2013, the machine has been included by UNESCO as a World Intangible Heritage.

In Viterbo are based the University of Tuscia, established April 18, 1979, the National Army Aviation Command, the Army NCO School and the School Marshals of the Air Force.

The center of Viterbo offers numerous as well as important works of art. The most famous is certainly the Papal Palace, built between 1255 and 1266 on the hill of San Lorenzo to protect the pontiff, with the famous loggia formed in one side by seven arches supported by slender twin columns that intersect to form an elegant entablature . From the loggia you enter the Great Hall of the Conclave, the famous theater election of Pope Gregory X (see above).

Next to the Palace of the Popes stands the Cathedral, dedicated to San Lorenzo. The Cathedral was built in Romanesque style in the twelfth century, on the ground where it was located a small church of the eighth century precisely dedicated to San Lorenzo, in turn built on the ruins of a pagan temple dedicated to Hercules, but its facade dates only to 1570, when it was rebuilt in Renaissance style on the orders of the bishop of the diocese and Cardinal Giovanni Francesco Gambara. The cathedral was severely damaged during a bombing of the city by the Allies in 1944. The subsequent renovations have restored part of the previous Romanesque structure with alterations performed during the Baroque period. The fourteenth-century bell tower is formed in the upper layers marked by double lancet windows and polychrome horizontal bands.

The interior space is divided into three naves separated by two rows of columns culminating in elegant capitals. The floor is cosmatesque. In the apse of the left aisle there is the tomb of Pope John XXI († 1277) and is located just off a remarkable twelfth-century panel portraying the Madonna della carbonara Byzantine style. [10] The church was certainly buried even Pope Alexander IV († 1261), but his body was later moved in a secret place, perhaps for exempting it from desecration by his enemies, or, more likely, on the occasion of the Renaissance restoration of the church. [11]

The church of Santa Maria Nuova is one of the oldest of Viterbo: dates, in fact, to 1080. It was built on the ruins of a temple dedicated to Jupiter Cimino, whose sculpted head (which many believed in the past raffigurasse Jesus) leans over portal. In the outer corner of the building, figure a small stone pulpit which was accessed via a wooden staircase. From it, according to legend, he preached, in 1266, St. Thomas Aquinas: in reality the small size of the pulpit are not compatible with the well-known mass of the great Dominican saint, whose cycle of sermons in 1266, by Pope Clement IV, was held in all likelihood in the church. Inside is a collection of paintings of Viterbo period from the fourteenth to the sixteenth century. In the left aisle, after all, it is a precious Byzantine triptych Leather 1180 representing Christ. The aisles have a right ceiling with wooden trusses and decorated with ceramic tiles. In the Baptistery to note the fresco with Saints John the Baptist, Jerome and Lorenzo, Antonio del Massaro da Viterbo, called the Pastura, akin in some respects to Antoniazzo Romano and others at the Perugino. At one side of the main altar, it is placed an entrance to the ancient early Christian crypt. A staircase on the outside of the apse-mail leads to a cloister, mistakenly called "Lombard". The cloister remained buried and unknown until the eighties (there were no references or testimonials that they suggested the existence), until the collapse of a wing of the refectory did not lead to his discovery.

It is the ancient church of San Silvestro, in which, in 1271, came the brutal murder of the English Prince Henry of Cornwall, which caused huge consternation in the thirteenth century and was also mentioned by Dante [12].

Remarkable example of Gothic-Cistercian architecture is the Abbey of San Martino al Cimino.

Two kilometers from Viterbo, one of the most outstanding examples of Italian Renaissance art: the Basilica of the Madonna della Quercia, the first national monument Viterbo; the majestic façade displays three lunettes of Andrea della Robbia, in the paintings of Fra Bartolomeo della Porta Church, coffered ceiling of the nave, designed by Antonio da Sangallo the Younger, temple of Andrea Bregno.