Sutri and its Monuments Etruscan and Roman ruins, beautiful examples of religious architecture and medieval walls 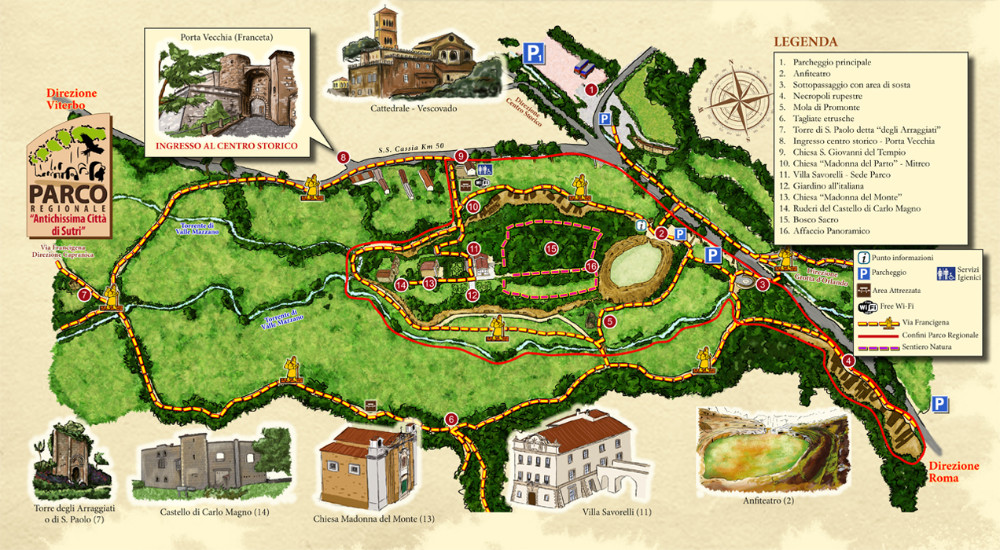 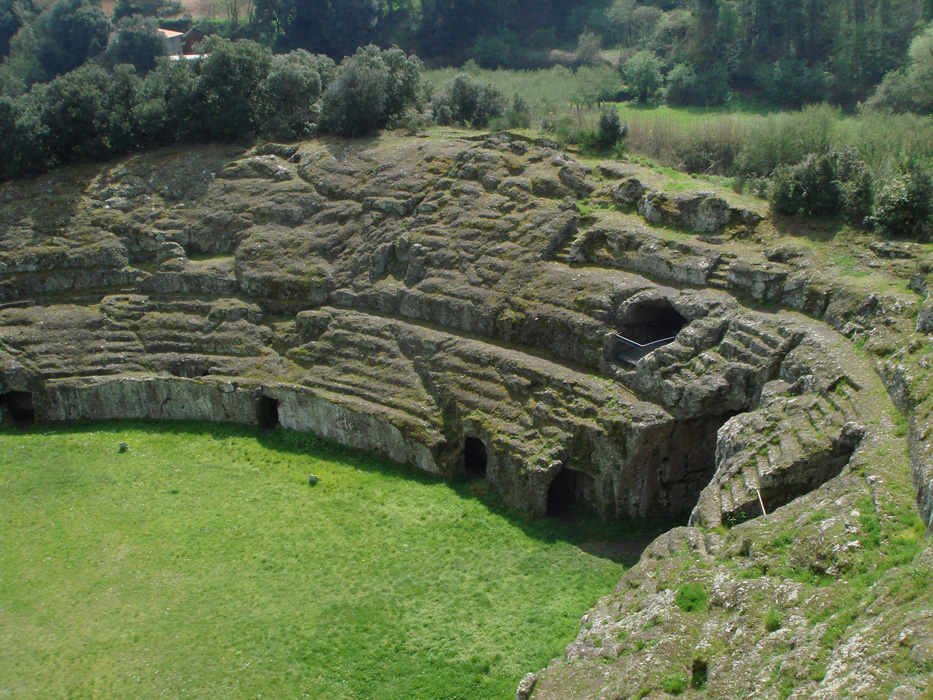 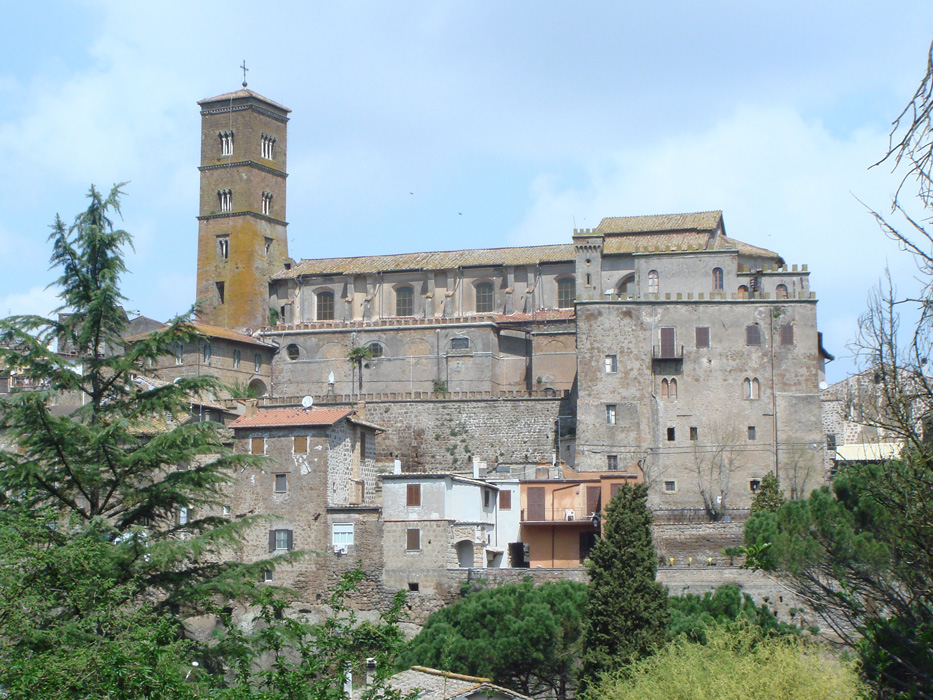 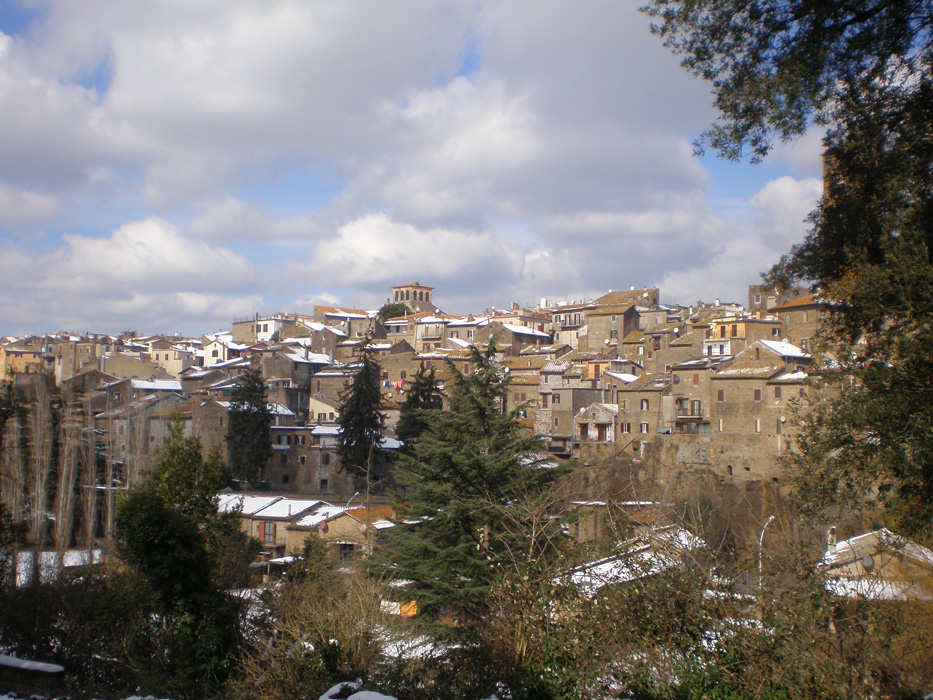 Since the time of the Etruscans, Sutri and its territory have always had a strategic importance: Sutri was in fact Etruscan bulwark against Roman expansion and transit of trade and pilgrims to and from Rome during the Roman Empire before and during the Middle Ages.

Thanks to that, we can still admire the Etruscan and Roman ruins, beautiful examples of religious architecture and medieval walls still exist.

The Antichissima Park city of Sutri

And 'the smallest regional park in Italy (7 hectares). Inside there are the Etruscan necropolis, the Roman amphitheater, the ancient Mithraeum and Villa Savorelli.

And 'one of the most important necropolis of Etruscan-Roman period. In the necropolis, which is adjacent to the Via Cassia, there are different types of tombs: the one on the typical Etruscan Room, the arcosolium and typical of colombaio niche for urns.

And 'the symbol of the city, completely dug out of the tufa hill. Remained buried for centuries was unearthed only in the nineteenth century and unfortunately left exposed to erosion of the atmospheric agents.

A elliptical plan and has three rows of bleachers, could hold up to five thousand spectators easily distributed by vomitoria and stairways.

Only one of the two vaulted entrances is still surviving.

The Mitreo of Sutri, dating back to the first century. AD and proceeds breaking through some pre-existing Etruscan tombs, is an ancient place of worship dedicated to the god Mithras.

In the early centuries of Christianity, after the cult of Mithras was abandoned, the Mitreo was reused for Christian rites and probably dedicated to St. Michael the Archangel. Remarkable are the frescoes still visible, dating back to the fourteenth century and the Dutch tiles of the fifteenth century ..

From the eighteenth century. He is dedicated to Santa Maria del Parto.

Occupies the Colle San Giovanni, in the Middle Ages was part of the defensive system of Sutri. The villa, surrounded by an elegant garden with hedges of boxwood labyrinth, is currently home to the offices of guardiaparchi. On the hill, adjacent to the villa, do not miss the Sacred Grove, a forest of oak trees which probably occurred pagan rituals, with the amphitheater lookout.

Built in the Romanesque period on the site of an ancient pagan temple, the church suffered a major remodeling in the mid-eighteenth century, which awarded him a late Baroque appearance. The original cathedral, consecrated in 1207, remain the beautiful floor cosmatesco and crypt under the apse, made up of small nave with a cross vault and columns of various kinds, including some Roman.

The church also holds treasures such as the painted panel of the SS. Salvatore, in the Byzantine style of the XII sec., And the statue of the patron saint of Bernini school Sutri, S. Dolcissima.